Recently, a team of engineers from Columbia University demonstrated that it has developed the smallest implantable single-chip system in history, with a total volume of less than 0.1 mm³, which can achieve functions such as measuring body temperature after injection and implantation under the skin. 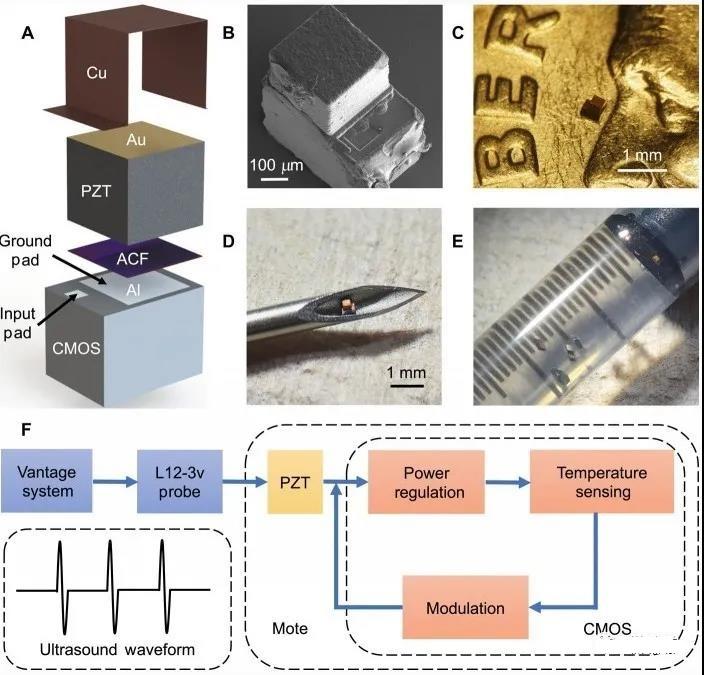 Just like the pictures taken under a microscope, this single-chip system is small enough to be implanted into the human body through a needle. The magnified single-chip system has a square appearance, with sides measuring approximately 0.3 mm in length. To create such a sophisticated implantable single-chip system, it is especially necessary to spend some thought on communication and power supply methods. 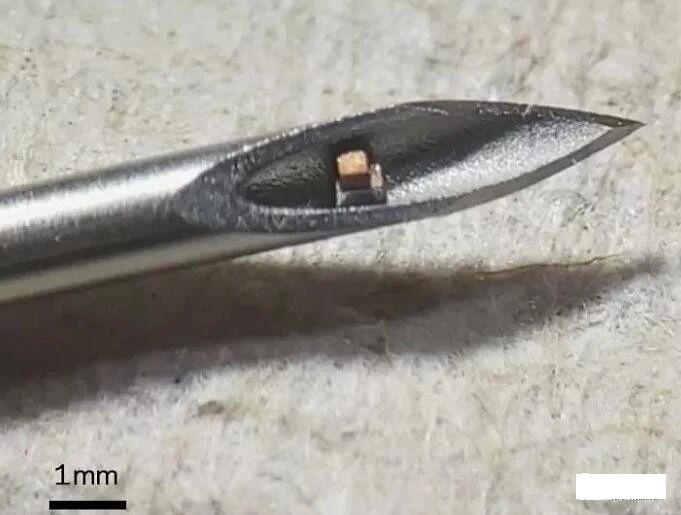 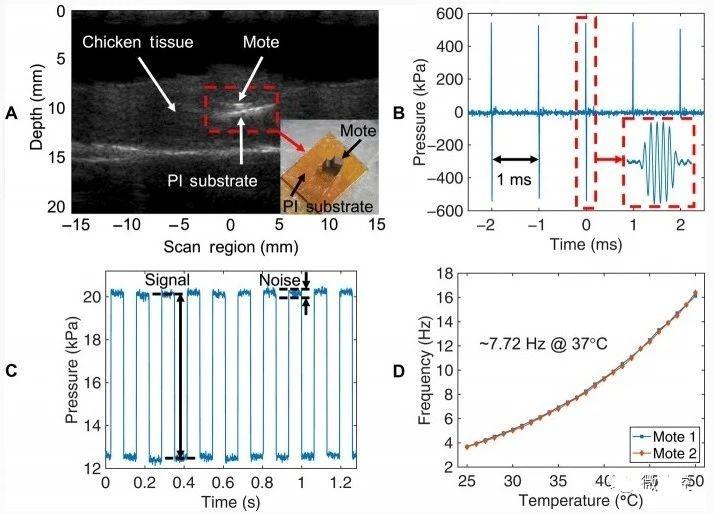 Although there are many small Electronic devices on the market that integrate radio frequency (RF) modules with the function of transmitting and receiving radio signals, its electromagnetic wave wavelength may be difficult to use with such small devices. However, in certain circumstances, we can still use a smaller wavelength ultrasound solution. Since the speed of sound is much lower than the speed of light that electromagnetic waves propagate, the research team also integrated a piezoelectric MEMS transducer to use it as the core device for ultrasonic wireless power supply and communication. 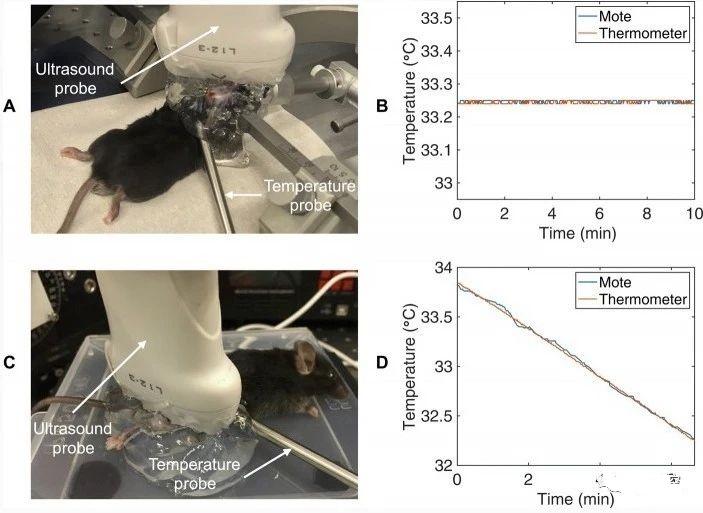 Combined with a low-power temperature sensor, the research team has been able to use this implantable single-chip system as a probe for sensing real-time temperature. Looking forward to the future, it can also be expected to exert richer clinical functions such as blood pressure, blood sugar, and blood oxygen monitoring. 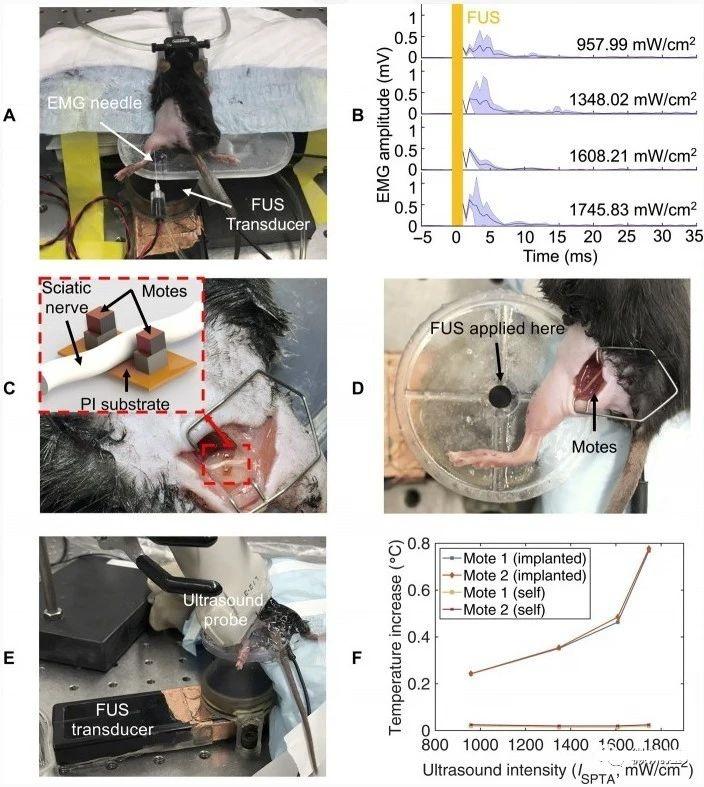 Generally speaking, small electronic devices may use radio frequency (RF) modules to send and receive electromagnetic radio signals, but these wavelengths are too large to be used for such small devices. On the other hand, at a given frequency, the wavelength of ultrasonic waves is much smaller because the speed of sound waves is much lower than the speed of light that electromagnetic waves propagate. Therefore, the team installed a piezoelectric transducer as an “antenna” for wireless power supply and communication via ultrasound.

This, combined with an onboard low-power temperature sensor, transforms the chip into a real-time temperature-sensing probe, enabling it to monitor body temperature and temperature fluctuations driven by ultrasound therapy applications. The ability of this implant has been proven in experimental living mice, where it is used for ultrasonic nerve stimulation, through intramuscular injection of a syringe, up to seven implants can be implanted in experimental mice at a time.

In the end, the scientists envisioned implanting the chip into the human body, and then wirelessly transmitting the measured information through ultrasound. In its current form, this is limited to body temperature, but in the future it may also include information such as blood pressure, blood sugar levels, and respiratory function.

The scientist leading the research said: “We want to see how far we can reduce the functionality of the chip. This is a new concept of’chip as system’-this is a separate chip and does not require anything else. , Is a complete electronic system. This should be revolutionary for the development of wireless micro-implantable medical devices, which can sense different things for clinical applications, and finally be approved for use in humans.”

The details of this research have been published in the journal “Science Advances”.

Use secure flash storage to build a safe car system