Apple M1 Max running points are coming: how much better than M1?

Early this morning, Apple held a new product launch. In addition to the new Mac series, the protagonist also had an upgraded version of their self-developed M1 chip.

According to the official announcement details, the M1 Max is a 5nm process, the number of transistors has further increased to 57 billion, the CPU core is still eight large and two small, a total of 10, and the neural engine core is still 16.

GPU graphics cores have doubled again to as many as 32, and the performance has all doubled or nearly doubled: 4096 execution units, up to 98304 concurrent threads, floating-point computing power 10.4TFlops, texture filling rate 327 billion per second, pixels The fill rate is 164 billion per second. 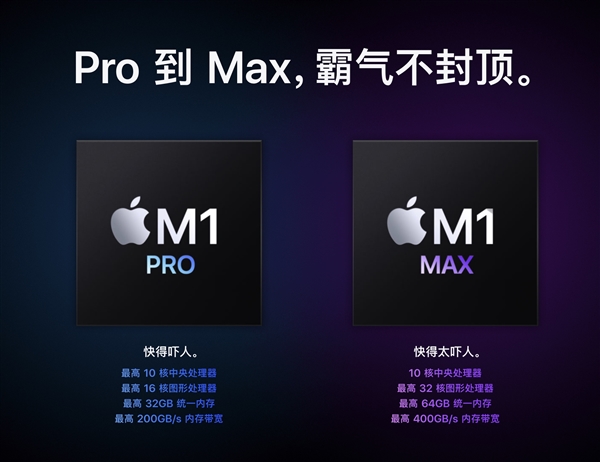 In terms of performance, Apple claims that the CPU performance at 30W power consumption is 1.7 times that of the traditional eight-core notebook processor, which is 2 times higher than the Core i9 in the previous MacBook Pro.

There is also machine learning performance, which is claimed to be 3-20 times that of the Intel Core i9 processor. What is its actual performance? Now let’s take a look at its running score.

Judging from the exposed Geekbench 5, the single-core Geekbench top with M1 Max has a score of 1749 and a multi-core score of 11542. The multi-core running score is twice that of the M1 chip.

In addition, the performance of M1 Max kills all Mac chips in seconds, except for the Mac Pro and iMac equipped with Intel’s high-end 16-24 core Xeon processors. The multi-core performance score of 11542 is similar to that of the 2019 Mac Pro (12-core Intel Xeon W-3235 processor).

In the next few days, as more and more running points appear, we will have a better understanding of the performance of the M1 Pro and M1 Max chips. 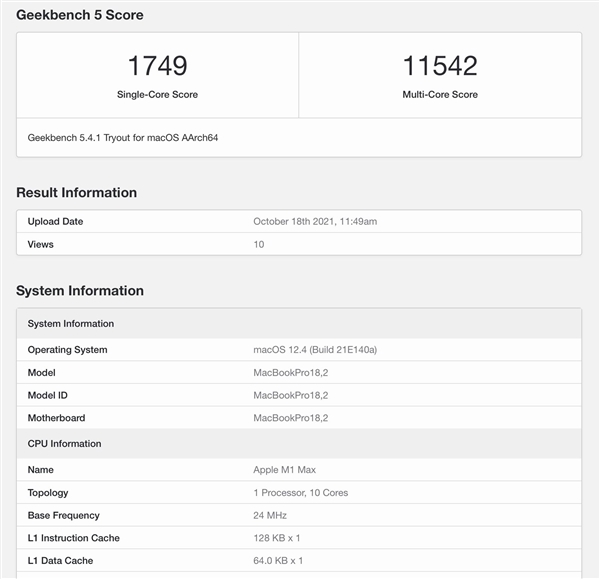 Huawei invests 200 billion US dollars, only for chip manufacturing