“Slotting caused by the division of power or ground planes; when there are multiple different power sources or grounds on the PCB, it is generally impossible to allocate a complete plane for each power network and ground network. Power splitting or ground splitting on multiple planes. Slots are formed between different divisions on the same plane.

The formation of slots in the PCB design process includes:

Slotting caused by the division of power or ground planes; when there are multiple different power sources or grounds on the PCB, it is generally impossible to allocate a complete plane for each power network and ground network. Power splitting or ground splitting on multiple planes. Slots are formed between different divisions on the same plane.

Vias are too dense to form slots (vias include pads and vias); when vias pass through ground or power planes without electrical connection to them, some space around the vias is required for electrical isolation; When the holes are too close together, the spacer rings can overlap, creating a slot.

Influence of Two Slotting on EMC Performance of PCB Version

Slotting will have a certain impact on the EMC performance of the PCB, which may be negative or positive. First, we need to understand the surface current distribution of high-speed and low-speed signals. At low speeds, current flows along the path of least resistance. The figure below shows the return signal from the ground plane back to the source when a low-speed current flows from A to B. At this time, the surface current distribution is wide.

At high speeds, the role of inductance in the signal return path will outweigh the role of resistance. The high-speed return signal will follow the path of lowest impedance. At this time, the distribution of the surface current is very narrow, and the return signal is concentrated under the signal line in a bundle. 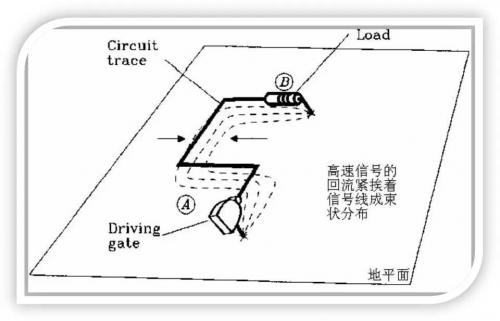 When there are incompatible circuits on the PCB, “grounding” processing is required, that is, the ground planes are set separately according to different power supply voltages, digital and analog signals, high-speed and low-speed signals, high-current and low-current signals. From the distribution of high-speed signal and low-speed signal return given above, it can be easily understood that ground separation can prevent the superposition of return signals of incompatible circuits and prevent common ground impedance coupling.

But regardless of whether it is a high-speed signal or a low-speed signal, when the signal line crosses the slot in the power plane or the ground plane, it will bring many serious problems, including:

Increase the current loop area and increase the loop inductance, so that the output waveform is easy to oscillate;

Increase the radiation emission to space, and at the same time be susceptible to the interference of space magnetic field;

Increase the possibility of high-frequency signal crosstalk with other circuits on the board (as shown in the figure below). 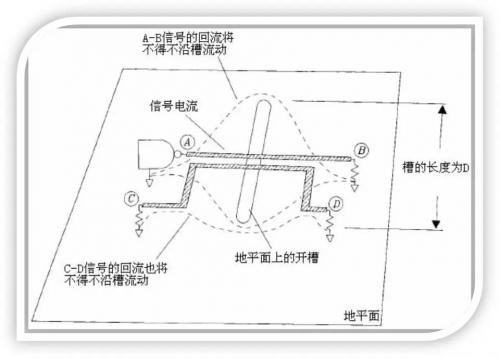 The processing of slotting should follow the following principles:

For high-speed signal lines that require strict impedance control, the track lines are strictly prohibited from crossing the split lines to avoid impedance discontinuity and cause serious signal integrity problems;

When cross-slotted wiring is unavoidable, it should be bridged; 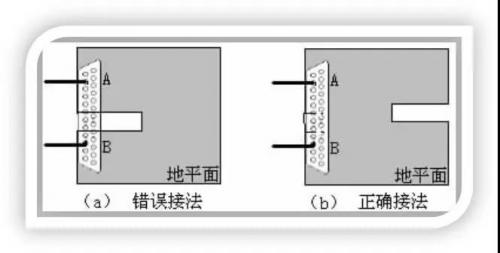 Connectors (outside) should not be placed on the ground. If there is a large potential difference between point A and point B on the ground in the figure, it is possible to generate common mode radiation through the external cable;

When designing a high-density connector on a PCB, unless there are special requirements, it should generally be ensured that the ground network surrounds each pin, or the ground network can be evenly arranged when the pins are arranged to ensure the continuity of the ground plane and prevent generation of grooves; 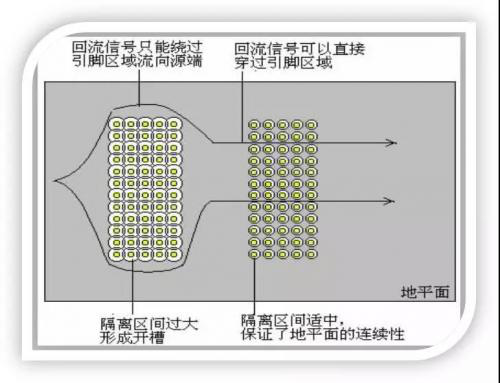