“Millimeter-wave radar provides a main sensing method for automotive and industrial applications. Even in harsh environmental conditions, it can detect objects from a few centimeters to hundreds of meters away with excellent angle and speed accuracy at long distances.

Millimeter-wave radar provides a main sensing method for automotive and industrial applications. Even in harsh environmental conditions, it can detect objects from a few centimeters to hundreds of meters away with excellent angle and speed accuracy at long distances.

A typical radar sensor includes a radar chipset and other Electronic components, such as power management circuits, flash memory, and interface peripherals, all of which are assembled on a printed circuit board (PCB). Transmitting antennas and receiving antennas are usually also implemented on PCBs, but to improve antenna performance, you need to use high-frequency substrate materials (such as Rogers RO3003), which will increase the cost and complexity of the PCB. In addition, the antenna may occupy up to 30% of the layout space (Figure 1). 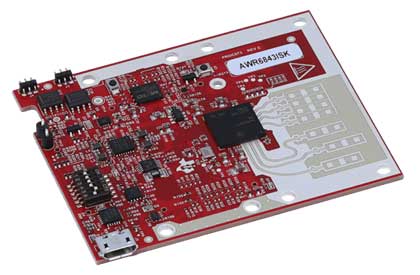 Figure 1: The radar sensor antenna on the PCB occupies about 30% of the layout space

It is possible to design a millimeter wave sensor in which the antenna element is directly integrated into the package substrate, thereby reducing the size of the sensor and reducing the complexity of sensor design. Figure 2 shows a cavity-backed E-shaped patch antenna element that radiates millimeter waves at 60 GHz or 77 GHz into free space. By arranging multiple antenna elements in the package of the device, a multiple-input multiple-output (MIMO) array can be created, which can sense objects and people in a three-dimensional space.

The following table shows the main specifications of the antenna array.

Package antenna technology can bring the following advantages to developers:

• Small size, can realize ultra-small sensor design. The radar sensor with TI package antenna technology is about 30% smaller than the sensor with antenna mounted on PCB.
• Since PCB stacking does not require expensive high-frequency substrate materials (such as Rogers RO3003), the bill of materials cost can be reduced.
• Because it is no longer necessary for antenna engineers to design antennas, use tools to simulate performance and design actual circuit boards to characterize the performance of different parameters, design costs can be reduced.
• Since the wiring from the silicon chip to the antenna is shorter, efficiency can be improved and power loss can be reduced.

For MIMO systems, it is very challenging to implement high-performance antennas in a small and cost-effective package solution. The existing solution is to arrange antenna elements on the top or bottom of the plastic package; when the radiated signal passes through the plastic package material, loss occurs, which reduces the efficiency and triggers the substrate mode that generates stray radiation. On the other hand, using flip-chip packaging technology, the antenna can be placed on a plastic-free substrate. In addition, antennas and silicon wafers can be overlapped on a multilayer substrate, making the solution more compact.

With the European New Car Safety Evaluation Association and other global regulatory agencies working to solve the problem of children dying of heatstroke due to being left in the car, car manufacturers and first-tier manufacturers have begun to use 60GHz millimeter wave sensors to accurately detect the interior of the car, and even Children and pets in harsh environmental conditions.

In view of the different internal designs of vehicles, in order to achieve seamless integration, the external dimensions of the sensor must be very small. For example, it may be difficult to integrate the sensor into a car roof with a panoramic sunroof; instead, it must be integrated in a space-constrained location, such as a top console or pillar around a rearview mirror.

Figure 4: Comparison of PCB on-board antenna and package antenna in the sensor

The single-patch wide-field antenna on the sensor is very suitable to be placed under the roof lining of the vehicle, even in the front position of the column. The antenna supports various interior sensing applications, such as detecting and positioning children, pets, or passengers between two rows of seats (including footrest) in the car. The sensor operates in a low-power mode and can also perform intrusion detection under harsh environmental conditions.

The reference design for child and occupant detection in the car using the 60GHz packaged antenna millimeter wave sensor can provide detection results for children and adults in any seat position in the car. The sensor is placed on the roof of the car. Figures 5, 6, and 7 below show the results. Watch the video for more details.

Figure 5: Detecting a child in the rear seat of a car (using a doll to simulate a breathing baby) (video)

Figure 6: Detect and locate four occupants: the driver, the passenger, and an adult and a child in the rear seat (video)