Home » Electronic » How to power the world in the future: wireless transmission may become the mainstream
Electronic

How to power the world in the future: wireless transmission may become the mainstream

“Getting rid of wires doesn’t just mean that cable suppliers are no longer needed. Due to the development of wireless high-power transmission technology, robots and industrial machines that were once restricted by power sockets have begun to truly experience freedom.

Getting rid of wires doesn’t just mean that cable suppliers are no longer needed. Due to the development of wireless high-power transmission technology, robots and industrial machines that were once restricted by power sockets have begun to truly experience freedom.

In a broader market, some signs began to indicate that the future will not be limited by cables. These signs indicate the same fact: the power cords that were once used in industrial applications and electric vehicle charging are being eliminated by history. They are being replaced by wireless power transmission. This technology has been rapidly developed due to the massive R&D investment and the emergence of many electric machines that are ready for technological disruption.

Consumer products have begun to adopt wireless power transmission technology on a large scale, such as smart phones, electric toothbrushes, etc., because this feature is more popular than previous technologies. But so far, the development of industrial wireless power transmission has been hindered because compared to the tiny wattage required by small consumer Electronic products, the transmission of more power in the kilowatt range requires better management components and a consistent open standard design. Architecture and stronger materials.

With the development of industrial automation and autonomous systems, the promotion of high-power wireless power transmission technology has accelerated in the past few years. Wireless power will also have a place in the Industrial Internet of Things. The Industrial Internet of Things is rapidly expanding the range of connected machines, computers and sensors, making everything including healthcare, aircraft and energy production more intelligent and efficient.

Wireless power transmission technology does not require plugs and connectors, which will enable these devices to have better mobility and can be completely sealed, so they can operate reliably in a variety of challenging and variable environments. Imagine that manufacturing robots will be able to autonomously move between workstations as required, and charge them at a convenient time and place. 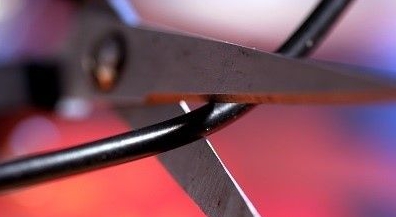 Since the emergence of power tools and other industrial electronic equipment more than 100 years ago, we have been using wires to connect, which twists and turns across the floor and countertops.

But these wires also bring a variety of problems, they limit the mobility of the equipment. Even the best design will have weaknesses due to wires, because water, dirt, and air can be brought into the connector, and continuous insertion and removal also increase the wear and tear of the equipment. In addition, in factory workshops and other places, electrical wires are also a major source of danger for people and machines passing by.

Since those first electric innovations appeared, the idea of ​​wireless power has been an unrealized dream. The brilliant and eccentric inventor Nikola Tesla envisioned a radio network covering the whole world, where machines can draw electricity only through wireless access. But his experiment failed. Throughout the 20th century, others have stagnated in power transmission. Only in recent years have they begun to see the possibility of wireless transmission.

Coupled to send electricity through air

The wireless power transmission system works by a principle called inductive charging. Simply put, based on this system, the coil in the transmitter can be coupled to the coil in the remote receiver several inches or feet away, and these two coils together form a virtual transformer. The transmitter releases electromagnetic energy, which can induce current in the receiver. This current can be used to charge the battery connected to the receiving coil.

Of course, the actual wireless power transmission system is much more complex, and processing more electrical energy for applications at the center of manufacturing and automotive components also poses a series of challenges. The current is converted several times, the antenna amplifies the electromagnetic wave, and the special diode controls the current for safe transmission and use.

The key to making this complex system work is to place the digital brain in the center to control the frequency, amplitude, and phase of electromagnetic waves. This becomes even more important in the kilowatt-level industrial production process and the charging of electric vehicles.

TI’s C2000™ real-time microcontroller (MCU) is a key component that many companies rely on. It is a small microcontroller located on the transmitter and receiver and communicates via Bluetooth® or Wi-Fi® to manage current. The C2000 MCU can automatically adjust the system by sensing the transmitter’s input voltage, battery requirements, and other factors to adapt to changing power demands and supplies.

Taiwan KNOWMAX Technology Co., Ltd. is one of the leaders in the wireless power transmission industry that utilizes the built-in intelligent control functions of C2000 MCUs. The company has a number of patents in integrating cutting-edge wireless charging technology into electrical systems.

Tank Huang, Project Manager of KNOWMAX, said: “TI’s C2000 MCU provides us with the flexibility to adapt the system to different market needs. This component can truly precisely control our power stage so that we can transmit electricity as efficiently as possible.”

In terms of the key equipment required to achieve high-power wireless power transmission, TI’s researchers aim to become a market leader and are promoting the development of components that can intelligently respond to the increasing transmission rate and the constant distance between the transmitter and the receiver Increased requirements. Through these efforts to improve wireless power transmission projects, we expect to deploy them in robots, industrial facilities and warehouse vehicles, electric vehicles, and larger fleets and construction vehicles.

C2000 MCU product marketing engineer Chris said: “I didn’t mean to say that, but now for us in the field of wireless power transmission, air has been electrified. Engineers will soon no longer need to look for high-voltage sockets for their solutions. The best location. Consumers will drive electric cars that do not need to be plugged in. Factory employees will work with wireless charging robots. When you are thinking about this, TI is developing a solution that can ultimately be available to everyone on the planet and all industries Technology used.”