Committed to exploring the interactive boundaries of gaming mobile phones, the domestic high-end gaming mobile phone brand manufacturer Black Shark Technology recently released two flagship models, the Black Shark 4 and 4 Pro. As the main game performance model, Black Shark has always been a strong spokesperson in the field of gaming e-sports. On the basis of the standard magnetic-powered shoulder buttons of the whole series, the Black Shark 4 Pro has upgraded a new generation of screen pressure-sensitive applications, expanding the new interactive dimension of game phones, and achieving “finger not leaving the screen”, but also “controlling take off”! 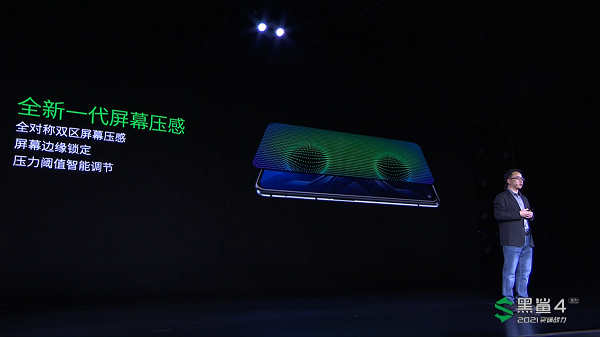 The newly upgraded NDT flexible pressure sensing technology can empower the smart phone’s multi-function screen pressure sensing interaction solution. It has the advantages of light and thin, high linearity, high precision, and high cost performance. It only needs 2 high sensitivity pressure sensors to cover a large area. Part of the mobile phone touch screen. In the case of the Black Shark 4 Pro, the “Dual Zone Screen Pressure Sensitivity 5.0” function supported by NDT constructs a fully symmetrical left and right pressure sensing area, which then maps the different buttons on the mobile game interface. For example, in the process of “Eating Chicken” in the “Peace Elite” game, the left screen area is mapped to open the mirror, and the right screen area is mapped to fire. The user does not need to find the button position, press the blank area of ​​the screen to open the mirror and shoot. The operation steps are reduced, and the aim and shooting are natural. Faster, so as to achieve the purpose of simplifying the game operation and enhancing the control feel. Even in non-gaming scenes, the dual-zone screen pressure sensitivity can be customized to scan code, return to the desktop and other shortcut functions, allowing users to interact with the phone more smoothly.

Wan Bo, Product Line Director of NDT/NDT Mobile, said: “Under-screen pressure-sensing technology is becoming popular in smartphones, especially mobile phones with gaming attributes. NDT flexible under-screen pressure-sensitive touch solutions have excellent sensitivity and high reliability. For example, the Black Shark 4 Pro supports seven levels of intensity adjustment, which allows each player to find the most suitable pressing force according to their own habits. Our vision is to continue to iterate on the game application based on the game application. , Committed to the light, thin and miniaturization of the module, further improve the sensitivity and pressure-sensitive screen ratio, and expand the application of non-gaming scenes. Both gamers and ordinary users can enjoy the multi-functional pressure-sensitive innovative interaction in daily scenes. convenient.”

Alibaba Cloud was punished by the Ministry of Industry and Information Technology: it discovered the biggest loophole in history, but first reported it to the United States