Home » Electronic » Some standards a qualified electric car should have
Electronic

Some standards a qualified electric car should have

Electric vehicles have never been favored, and they have been discriminated against and tortured by the vast majority of fuel vehicle companies since their inception. Price, battery life, and safety have all become targets of attack. Not to mention that fuel vehicles have a century of development history, new energy vehicles, as the most important carrier of smart vehicles, have long been standing at a historical high.

It is true that electric vehicles had various problems in the early stage of development, but no one can run fast from the beginning, everyone starts from a stumbled toddler. The self-cultivation of an electric vehicle is to continue to innovate and iterate rapidly despite various problems and dilemmas, so as to keep up with the pace of the century-old automobile industry in a faster and more economical way. 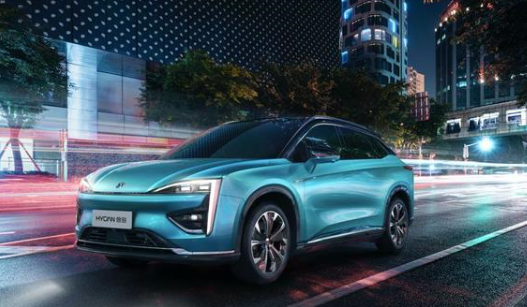 Electric vehicles are subject to the limited output of the whole vehicle and the high cost of power batteries. The price of electric vehicles is more than one-third more expensive than the equivalent fuel vehicles, and even some brands have a price difference of one-half. As a large-scale industry, automobiles are expected to achieve cost balance only when they reach a certain output. As electric car companies began to work hard to develop the commercial operation market outside the private retail market, sales began to grow by leaps and bounds.

With the rapid update and iteration of the industry and the entry of the entire automobile industry, the power battery has been continuously improved in terms of cost performance under the advantages of technological improvement and scale. Like BYD’s three versions of one car, the cost of electric vehicles can be minimized, while GAC NIO also uses the parent company’s GAC New Energy, shared production lines, original models and after-sales channels to optimize the cost of the entire industry chain. With the rapid development of the new energy vehicle field, electric vehicles are expected to achieve the same price level as fuel vehicles within five years.

Whether in the charging process, after a collision, or even in a stationary state, electric vehicles have spontaneously ignited, but this problem also occurs in fuel vehicles. Electric vehicles, as new things and large-capacity batteries, have to become the market. the focus of attention. Whether it is the power battery itself or the entire vehicle, it will undergo rigorous testing before leaving the factory, not to mention that the current electric vehicles are heavily protected against the power battery.

Especially for the exclusive platform of pure electric vehicles, the safety of power batteries is considered at the beginning of the car design, including daily use protection, and after accidents such as collisions, various technical performance improvements and strict control are carried out. As the entire automobile industry begins to enter electric vehicles, it is expected to realize the multiple requirements of the market for electric vehicles, that is, more reasonable prices, longer battery life, higher safety and so on.

After solving the above three problems, electric vehicles have shown unprecedented vitality and practicability, and smart vehicles will also begin to spread throughout the industry.