Home » Electronic » In the era of 5G + Internet of Things, Chinese MCU companies have ushered in a “golden era”
Electronic

In the era of 5G + Internet of Things, Chinese MCU companies have ushered in a “golden era”

2020 is likely to be the most memorable year in recent years, because of the countless major changes that have taken place in this year, the most influential of which is the new crown epidemic, which has changed the global economic, social and political landscape.

For the technology industry, perhaps the biggest special feature of 2020 is its “5G first year” attribute. For ordinary consumers, 5G may only be a matter of network speed, but the significance for the industrial and commercial fields is that it will greatly promote the development speed and progress of the Internet of Things industry.

The IoT industry is developing in full swing, and the MCU products known as “the key to the success of the IoT” have also performed very well in the market in recent years.

What kind of story is there in the development process of China’s MCU industry? A few days ago, at the 2020 Munich South China Electronics Show, OFweek interviewed Liu Tao, Marketing Product Director of Zhuhai Jihai semiconductor Co., Ltd. (hereinafter referred to as: Jihai). In this article, the author will tell you a story of China’s MCU industry through the case of Jihai. 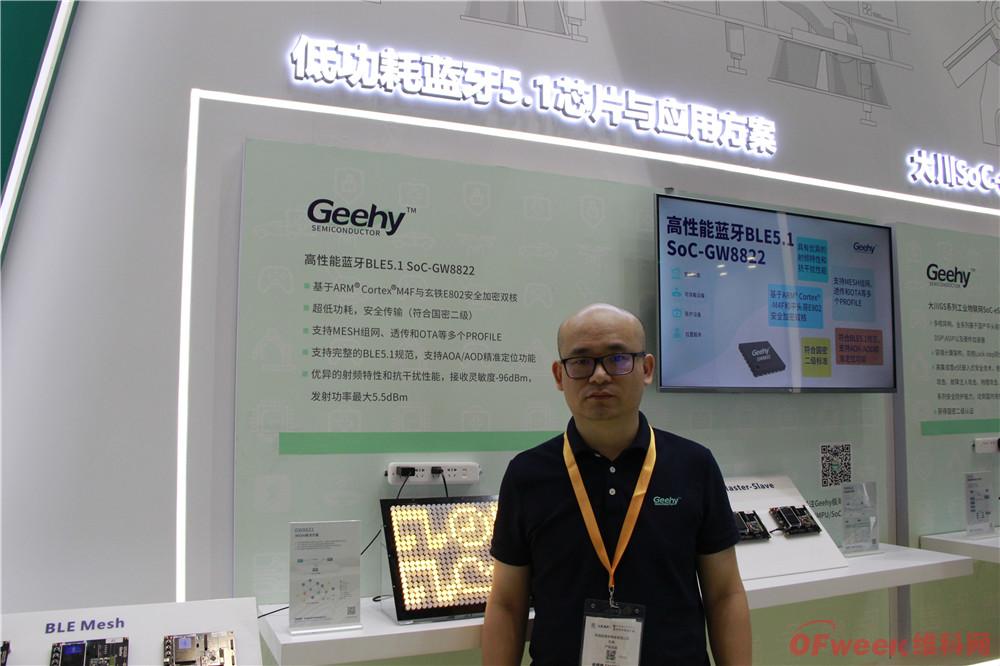 Recently, the Wall Street Journal published an article that it is expected that by 2030, mainland China will become the world’s largest semiconductor production “factory”.

As the “overlord” of the global semiconductor industry, the “flight” phenomenon of its local semiconductor manufacturing industry has long been a concern of the industry. The core concern of this “flight” is that the industry is spreading rapidly to mainland China, and more and more companies with international influence are emerging in this market.

Obviously, as a late-developing country in the semiconductor industry, China is currently enjoying the economic “sweetness” brought about by the rapid development of this industry.

In this context, Jihai Semiconductor has gradually grown up.

According to the data, Jihai is a wholly-owned subsidiary of Apex Microelectronics. It was established in December 2019. Its predecessor was Apex IoT Chip Division. Its main business covers domestic 32-bit industrial-grade general-purpose MCUs with low power consumption. Bluetooth chips and Dachuan GS series industrial IoT SoC-eSE large security chips and other products. 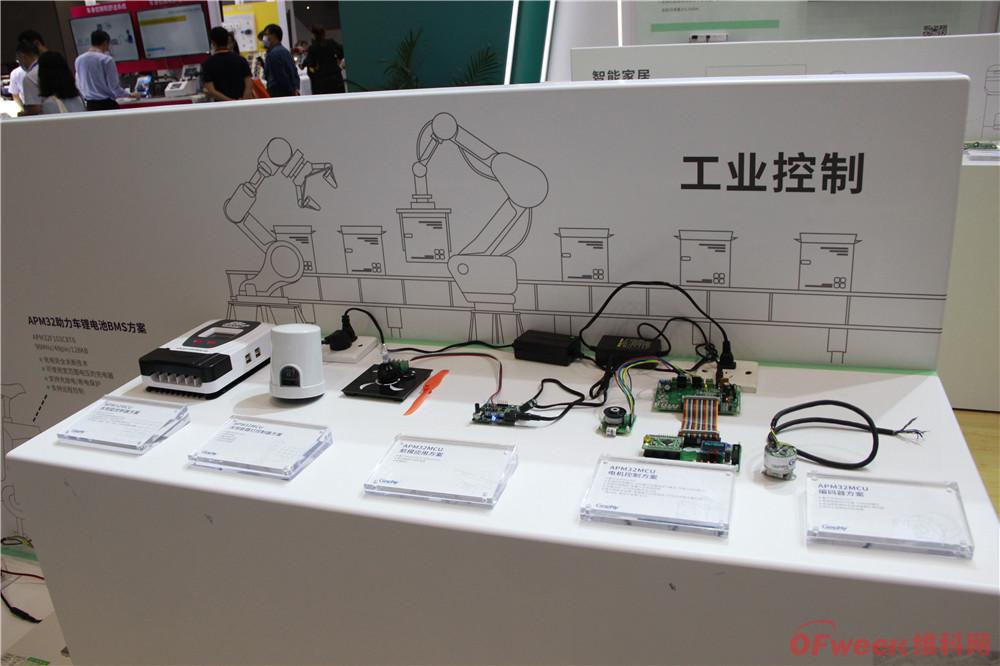 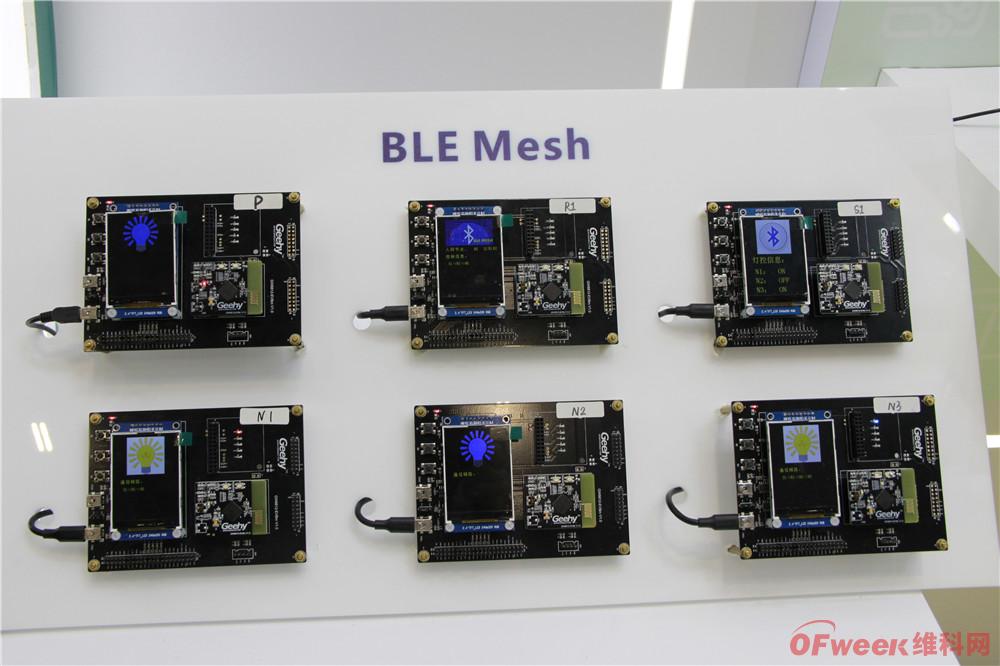 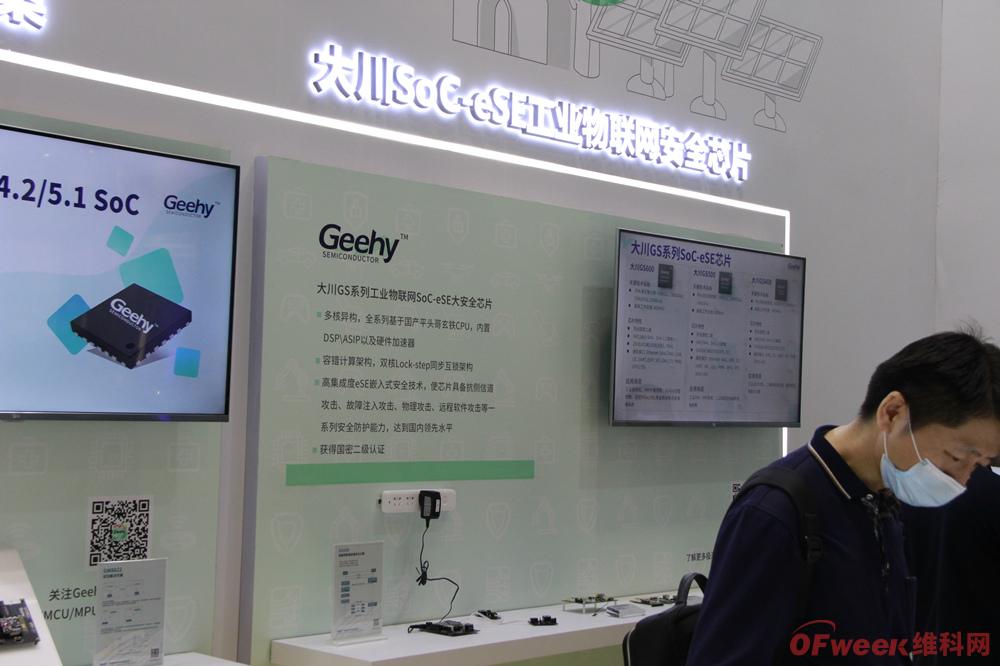 Some of the products of Jihai Semiconductor are from OFweek Weike.com

To trace the development track of Jihai, we need to first understand the story of Apex. Founded in 2004, Apex is a professional printer chip design company for a full range of printer main control SoC chips to consumable encryption chips. In 2007, its printer chips officially went abroad and opened up the international market; in 2019, the combined shipments of Apex and Jihai reached 400 million. It can be said that Apex is one of the earliest companies in China to manufacture chips for printer consumables, and it is also a global supplier of general-purpose consumable chips for printers.

Liu Tao introduced to the author Ding Li, chief technology officer of Apex and Jihai (a former professor of Zhengzhou University). He came from a technical background and led the team to develop the first chip of Apex, and gradually established Zhuhai, Shanghai and Hangzhou. As well as the four major chip R&D centers in the United States, it has laid a solid technical foundation for the development of Apex and Jihai Semiconductor in the field of integrated circuit design.

The R&D team under the leadership of Ding Li established a strategic partnership with Hangzhou Zhongtian Microsystem Institute (now Pingtou Ge Semiconductor Co., Ltd., a subsidiary of Alibaba Group) in 2012, introduced domestic embedded CPU technology, and implemented it in its C-SKY CPU. Products developed on the core.

In 2014, Apex undertook the key research and development projects of domestic printer main control SoC chips, and completed the acceptance in 2017. This project has reached the domestic leading and international advanced level, filling the domestic blank. At present, this type of chip has been applied in batches. 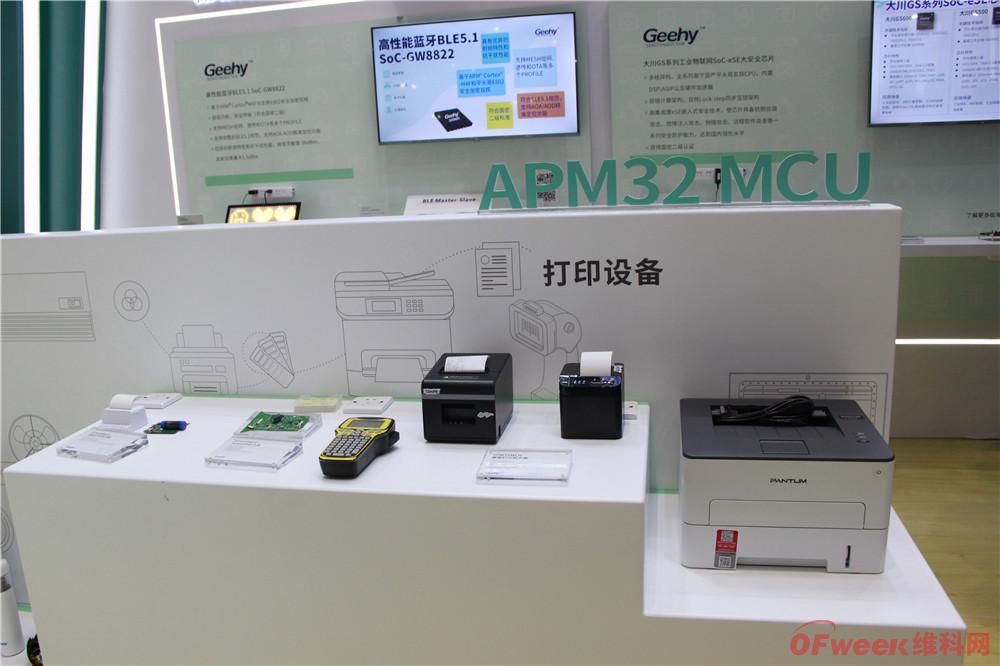 In 2015, Apex IoT Chip Division was formally established as an independent operating subsidiary, now Jihai. Jihai focuses on 32-bit general-purpose MCUs and high-end industrial SoC-eSE products. Up to now, Jihai has a chip design team of about 300 people, and it is expected to expand to 1,000 people in 5 years.

When ARM designs CPU cores, it has made a relatively clear market positioning for each core.

In 2018, Jihai has obtained the permanent authorization of three ARM CPUs (M0+, M3, M4), and released the first 32-bit industrial-grade general-purpose MCU based on ARM core, which can be used in low-end industrial and consumer fields.

With the increasing demand for mid-to-high-end products in the domestic market, Jihai will expand to higher-end business areas in the future, and will also actively deploy products based on ARM Cortex M7 and even A-series cores.

Whether it is benchmarking ARM Cortex A9 or M4, based on years of experience in domestic “Pingtou Ge” CPU cores, Jihai has developed multi-core heterogeneous products, which can enable the main CPU to run non-real-time Linux systems, control The CPU runs real-time embedded system, and the safety CPU runs the safety special system. This product has been applied to laser printers, industrial main control chips and other products in batches. It has passed the product verification and has been rated as domestic advanced and international leading by industry experts. level. For leading companies in fields such as industrial control, mass consumption, and 5G communications, Jihai has communicated with them about future product needs and made some layouts and plans in advance. 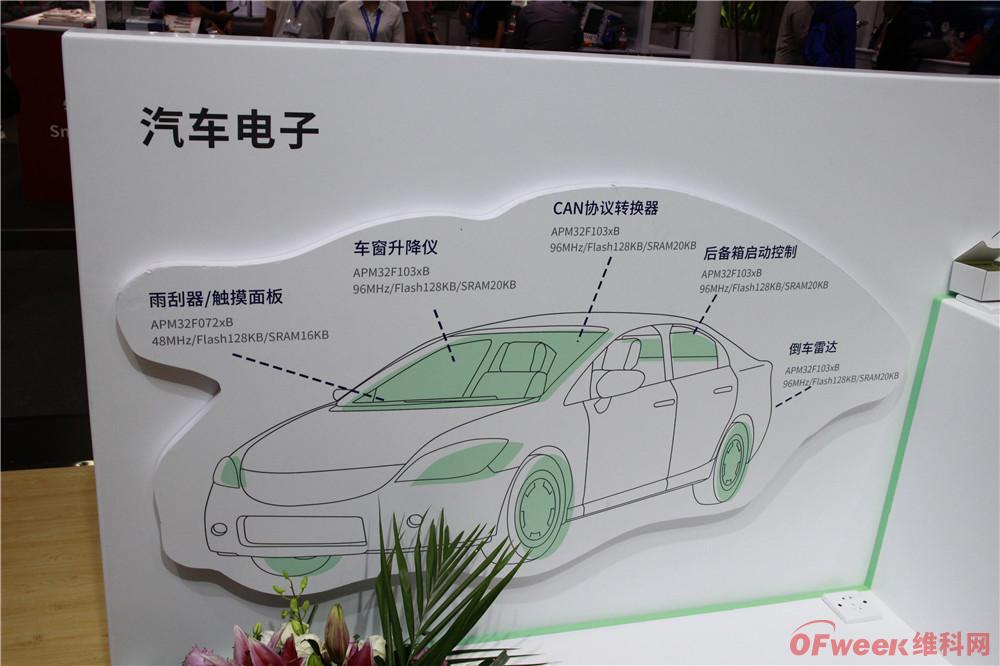 As a late follower in the market, Jihai still has a certain gap with the industry predecessors in terms of brand power and popularity. However, the advantage of Jihai is that they have rich experience in SoCs in the industrial field, which can make them more profound customer needs in the field of industrial control technology. Therefore, in the initial period of research and development, Jihai will directly integrate customer needs into chip design. .

For example, in the case of high temperature, Jihai products can lead the domestic counterparts in ADC accuracy, clock accuracy, etc., and directly benchmark imported brands. Jihai currently has a laboratory covering an area of ​​more than 2,100 square meters. The laboratory has five experimental centers for testing, failure analysis, reliability, electrical properties, and application. In 2019, it was awarded the China National Accreditation Service for Conformity Assessment (CNAS) test The laboratory accreditation certificate has officially completed the leap from a provincial laboratory to a national laboratory. At present, more than 3,000 indicators have been tested on its own products, and it can achieve more than 95% of the performance indicators, which can realize the real substitution of imported products.

Liu Tao said that Jihai Semiconductor has achieved all-round benchmarking of imported products to meet the needs of customers in all aspects.

And this, need to do three aspects of work: data collection, data transmission, and information security.

In terms of data collection, Jihai 32-bit industrial-grade general-purpose MCU, based on M0 low-power products, can be used for data collection of IoT nodes. In terms of data storage and data transmission, there are higher-end MCU products covered, such as Dachuan series SoC, a single chip can complete the whole process of acquisition, calculation, storage and transmission.

In terms of short-distance wireless transmission, the Bluetooth chips of BLE 4.2 and BLE 5.1 ​​can solve some wireless data transmission needs.

In terms of security, Jihai started with security chips – 300 million encryption chips are shipped every year, which has laid a good foundation for the research and development and sales of security SoC products.

In the era of the Internet of Things, the demand for data collection, transmission, encryption, and intelligent control will increase geometrically, which will bring about a huge increase in market demand for MCU products.

To this end, Jihai has made preparations in terms of patents. At present, in terms of MCU chips, Jihai Semiconductor has reserved 56 patents, involving MCU IP circuits, development and testing, application solutions, and IOT application scenarios. The gold content of patents is also unambiguous. On the whole, according to the statistics released by the Patent Office, invention patents account for 6.8% of the national patents, while in Jihai Semiconductor, this data can reach 53%.

Based on the accumulation of these work, facing the era of the Internet of Things coming in an all-round way, Jihai Semiconductor has made preparations…

Do you know the die-cast aluminum box of the micro-pitch LED display?