Home » Electronic » Dimensity 1200 is here, and the flagship mobile phone in 2021 will experience new trends
Electronic

Dimensity 1200 is here, and the flagship mobile phone in 2021 will experience new trends 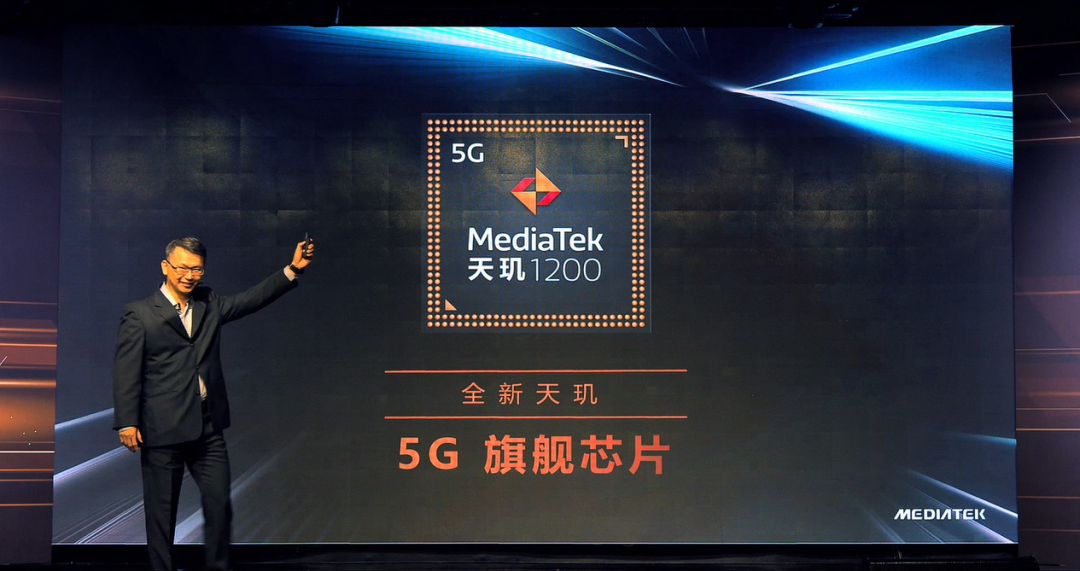 Flagship mobile phone chips are increasingly pursuing the ultimate 5G-style experience. On January 20, MediaTek released the Dimensity 1200. This chip is positioned as the “Dimensity flagship”. By carrying more advanced 5G and AI technologies, it can provide users with unique features in multimedia scenarios such as photography, video and games. The usual excellent user experience.

When Dimensity’s flagship new products were released, Xiaomi, OPPO, vivo, realme and other manufacturers were their platforms, and they all said that new models in cooperation with Dimensity 1200/1100 would be launched one after another. The Dimensity 1200 was released at the beginning of the new year, which clearly released an industry trend signal: In addition to further focusing on the speed and stability of 5G technology in the mobile phone chip industry in 2021, in order to meet the rigid needs of users in high-frequency scenarios, more focus on multimedia scenes such as games and photography. Curve overtaking From the perspective of chip series planning, the release of Dimensity 1200 can be seen as MediaTek’s pursuit of the 5G chip market.

The positive feedback and authoritative reports from the market have further verified MediaTek’s 5G chip strategy. In terms of market share, the Q3 smartphone SoC chip report released by Counterpoint last year showed that MediaTek ranked first with a market share of 31%, and Qualcomm ranked second with a market share of 29%; among them, MediaTek’s share increased by nearly 20% year-on-year. In terms of word of mouth, both manufacturers and consumers have clearly expressed their recognition of the Dimensity series.

On the brand side, manufacturers such as Xiaomi, OPPO, vivo, realme, etc., were equipped with Dimensity series chips on a number of newly released 5G high-end phones last year, and created very good sales; on the user side, a large number of users expressed the High satisfaction, and reshaped the cognition of Dimensity 5G chip.

It is worth noting that Qualcomm, Huawei, Apple, and Samsung also launched their strongest 5G chips in 2020, and cooperated with the corresponding flagship models to quickly launch to seize the 5G dividend that is erupting. Under such fierce competition, MediaTek can create such achievements in terms of market share and word of mouth, which shows that its Dimensity series is extremely competitive.

It can be said that MediaTek, with the careful layout and long-term polishing of the Dimensity series, has successfully achieved corner overtaking of other powerful enemies at the beginning of the 5G era. To run the multimedia 5G chip market in 2020, the main actions of the chip side, the brand side and the consumer side are still running in. Fortunately, all parties quickly adapted to this new environment. Therefore, in 2021, the trend of 5G development will be from shallow to deep, and the three ends of chip, brand and consumption will focus on specific usage scenarios.

The Dimensity 1200 is positioned as the flagship chip, and has strengthened the use functions and experience in scenes such as video and games. It is obviously showing the market the rapid evolution capability of the Dimensity series of technological iterations.

The launch of this flagship chip at this node, from the perspective of the external environment, is due to changes in the trend of users’ mobile phone usage habits. A report last year pointed out that Chinese people are spending more and more time on mobile entertainment apps. Software in the field of pan-entertainment, mainly short videos, live broadcasts, games, etc., has attracted a lot of attention from netizens.

The faster internet speeds provided by 5G are also effectively driving this trend. In addition, consumers are showing more and more interest in the pursuit of mobile phone imaging, especially in certain scenarios, consumers often need more powerful and comprehensive imaging functions. After a long-term cultivation of market awareness, the comprehensive performance of imaging capabilities has become an important assessment dimension for consumers to purchase mobile phones. From its own perspective, the Dimensity series has been polishing 5G and AI technology for a long time, as well as accurately judging the trending and just-needed scenarios, creating good conditions for the Dimensity 1200 to appear as a flagship and face the mature consumer market. .

With the continuous evolution of 5G technology, the upper limit of the use experience of multimedia scenarios such as games, videos, and live broadcasts will be extended, and users’ needs for related chips and mobile phones will become more obvious. MediaTek’s preemptive release of Dimensity 1200 will continue to be bathed in this trending opportunity dividend. Refreshing the high network speed and low latency of the flagship 5G has brought a lot of room for imagination to the application scenarios of smartphones. This is also the reason why many chip manufacturers and terminal manufacturers chose to focus on high-frequency scenarios such as games, live broadcasts, and images last year. main reason.

But the fact is that due to adaptation, technology, signal and other reasons, the performance of 5G in these scenarios is often not stable enough. The capabilities of the Dimensity 1200 in 5G, gaming and imaging will refresh the market’s perception of 5G chips. From the most critical and basic 5G level, the advantages of Dimensity 1200 in 5G technology include four aspects.

First, it supports 5G Sub-6GHz full frequency band and dual carrier aggregation, which can provide the ultimate network speed experience with ultra-large bandwidth; second, it adopts the true dual 5G mode of “5G SA+5G SA”; third, in the high-speed rail elevator mode , the download and reconnection speed will be greatly improved; Fourth, the UltraSave power saving technology reduces the power consumption of 5G communication and effectively prolongs the battery life of the terminal. 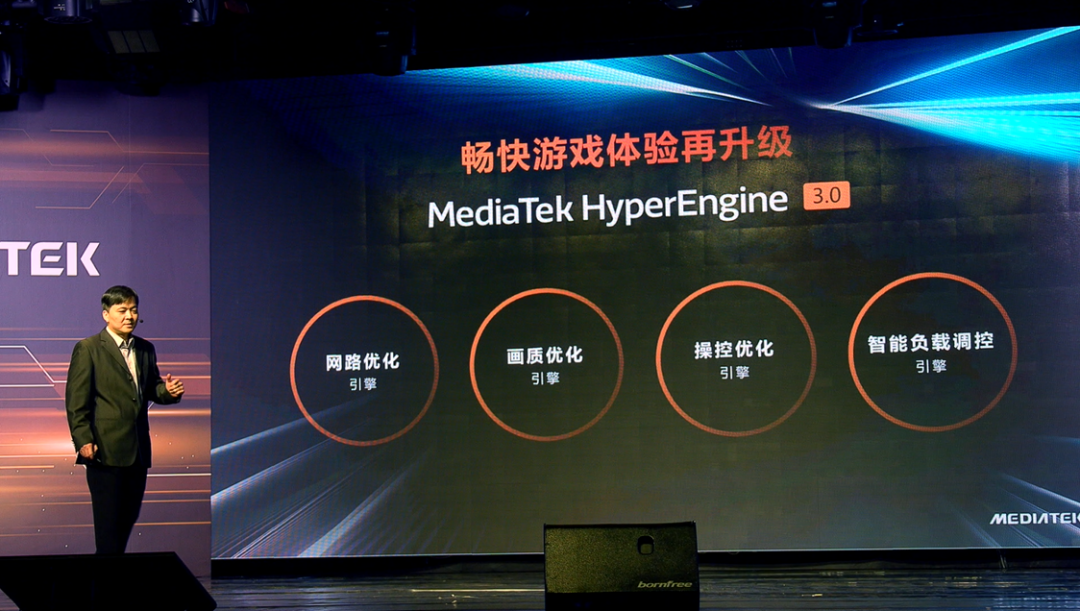 As for user-sensitive game scenarios, Dimensity 1200 is equipped with comprehensive technical optimization capabilities.

5G technology is highly related to the game scene, especially the features of “true dual 5G”, high-speed rail mode, and continuous Internet access, which can allow users to feel the power of 5G during the game, and truly enjoy the experience of 5G blessing. In addition to 5G and games, the Dimensity 1200 has also shown a lot of muscle in the imaging field where mainstream chips are working together. Dimensity 1200 adopts the independent AI processor APU3.0, and its AI energy efficiency is greatly improved. Based on this AI capability, Dimensity 1200 has developed rich AI multimedia applications. For example, in terms of photography, Dimensity 1200 supports up to 200 million pixels. In the most powerful night shooting scenes, it supports rapid night shooting and super panoramic night shooting. Not only does it increase the speed of AI night shooting by 20%, but with the blessing of excellent chip underlying hardware resources, it can achieve better noise reduction processing in low-light environments, and multi-frame stitching is also more accurate, allowing users to use it in dimly lit nights. The single night scene is upgraded to a full-frame “panorama” night scene photo.

In general, in terms of 5G, games and images that users value, Dimensity 1200 is aimed at just-needed and high-frequency scenarios. Through advanced technology and algorithms, it can bring users a new experience beyond the past, allowing users to play more smoothly and take pictures. more perfect. From this point of view, the Dimensity 1200, as the flagship 5G chip, has made a new definition for the user experience of 5G mobile phones.

In the face of the all-round upgrade of the Dimensity 1200 and the large-scale launch of more suitable models, more chip manufacturers will definitely consider launching user experience-oriented 5G chip products. Especially in the imaging field, Dimensity 1200’s AI-based function innovation at the chip level just fits the consistent pursuit of terminal manufacturers and users. Therefore, it is foreseeable that in this year’s 5G chip market, the qualitative change of mobile phone imaging capabilities will be one of the core themes.

As far as the 5G era has just started, the true 5G experience direction guided by the Dimensity 1200 will allow more new users to appreciate the value of 5G and truly change the perception of 5G and 5G terminals, which will accelerate the development of 5G terminals. Popularization makes the entire industry more mature and healthy. There is no doubt that MediaTek, which has already overtaken in corners, will continue to be strong, and the Dimensity 1200 will become a weather vane for 5G chips. In 2020, the industry’s competitive atmosphere of chasing process and data will also turn to the pursuit of user experience in 2021.