The “White Paper” was officially released at the Shenzhen on-site conference on the construction of smart airports in the central and southern regions of civil aviation. The Civil Aviation Administration of China, various local government departments, regional civil aviation administrations, the Central and South Regional Civil Aviation Safety Supervision Administration, more than 60 airport companies (including 37 million-level airports), airline companies, Shenzhen Airport resident units and other industry partners Get together. 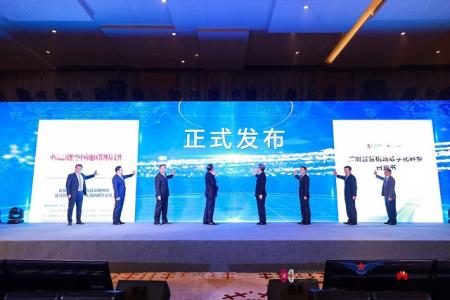 The “Guiding Opinions” pointed out that the application of new technologies will become an important symbol of the construction of “four-type airports” and the high-quality development of airports, and clarified the development orientation of Shenzhen Airport to create a “smart airport benchmark” and create a “highland for new technology application”.

In June 2017, Shenzhen Airport and Huawei signed a digital transformation strategic agreement, with the vision of “creating the best digital experience airport”, and taking intelligence as one of the five development strategies of the group, carrying out digital organizational reform and establishing the group’s digital management center , to sort out and optimize the business process, build a new ICT infrastructure platform according to the principle of integration of planning, construction and operation, and create four major business systems of large operation control, large security, large service and large management.

Huang Yige, Vice President of Shenzhen Airport Group, said: “The “White Paper” is a phased result of the cooperation between Shenzhen Airport Group and Huawei. The release of the “White Paper” hopes to provide a reference for the construction of smart airports in civil aviation airports across the country. In the journey of smart airport construction, we look forward to strengthening cooperation with various civil aviation units, in-depth exchanges, and jointly promoting the construction of the ‘four-type airport’ and jointly promoting the high-quality development of civil aviation.” 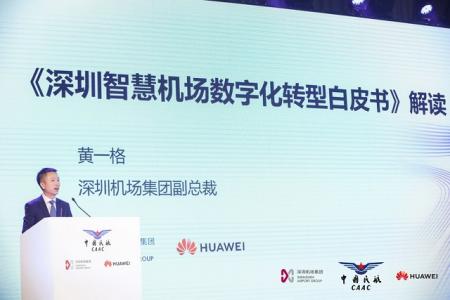 On behalf of Shenzhen Airport and Huawei, Huang Yige gave a detailed interpretation of the contents of the White Paper from three aspects: momentum, enlightenment and superiority:

◆ Take the momentum: comprehensively study and judge the form of the digital transformation of smart airports. The digital transformation of airports is an important and profound change engine. In the face of a new round of industry changes driven by the digital economy, the construction of smart airports will be the driving force to promote high-quality development and improve the efficiency of airport operations.

◆ Mingdao: The key to the digital transformation of smart airports is to use ubiquitous connections, omnipresent intelligence, and synergistically integrate various new ICT technologies through digital platforms to build the foundation of the digital world and support the success of the digital transformation of airports. From the perspective of passengers, airport operators should deeply integrate technology and business, build a “four horizontal and four vertical” structure, and form a digital three-dimensional blueprint for smart airports that integrates “connection, platform, and intelligence”. “Four horizontal” refers to “terminal layer, ICT infrastructure layer, platform layer and application layer”, and “four vertical” refers to the four major business systems of “big operation control, big security, big service and big management”.

Lu Yong, Senior Vice President of Huawei and President of China, pointed out: “In the field of civil aviation, Huawei is committed to building a digital base for smart airports. Based on Huawei’s fertile digital platform, it will achieve all-round integration from technology to data to business at different latitudes. Strongly support the digital transformation of the industry, and realize the three-one business system of “one map for operation”, “one network for safety” and “one line of service” for Shenzhen Airport. With a solid foundation in the digital world, we will work with Shenzhen Airport customers, Together, the partners continue to move forward, striving for more breakthroughs and results on multiple fronts.”

With the entry of many giants, can confidential computing become the terminator of data security?