Home » Electronic » There seems to be no solution to the shortage of MCU, and 40 local manufacturers are in place
Electronic

There seems to be no solution to the shortage of MCU, and 40 local manufacturers are in place

“Our home use is STM32F103CBT6. Now the purchase price has more than 5 times. However, our home use is very small, and we can still stand it. It will be difficult for those manufacturers who purchase large scales to not replace…”

On January 6, a netizen left the above paragraph on Tieba. Unlike the indignation after the price increase of STM32 in 2017, after the price hike of MCU this time, the tone of public opinion is more helpless. Since then, under this post, there have been price increase notices from dozens of MCU manufacturers such as ST, NXP, Renesas, Microchip, Diodes, China Resources Micro, Huiding Technology, and Huada semiconductor.

This round of MCU price hikes is scoped. We also saw some complaints in the group: “It’s outrageous, even if the price of other MCUs increases, the price of STM8003 dares to double, and it must be replaced!”

However, the people who can complain like this are actually “happy”, and the miserable ones are those who can’t buy anything with money! In the past two days, everyone has been discussing the news of Microchip: MCU delivery cycle has been extended to 54 weeks (calculated according to 365 days, 1 year = 52.1428571429 weeks). In this regard, some netizens said a little sadly: “Why is it harder to buy an MCU than to have a child?”

Lack of cores and price increases, MCU supply difficulties seem to have no solution

The words of a purchasing friend expressed everyone’s feelings: I don’t dare to read the announcements of companies such as ST and NXP these days. The harder the price rises, the harder it is to buy, and now it’s really all over the place.

What is the reason for the MCU supply cycle to exceed ten months of pregnancy?

Many MCU manufacturers have their raw material factories and packaging factories located in Malaysia. If you count the entire semiconductor industry, Malaysia’s export market ranks behind China, Japan, South Korea, Singapore and Taiwan, but when we talk about semiconductor packaging in Asia, Malaysia’s role is highlighted.

Let’s look at a statista report: 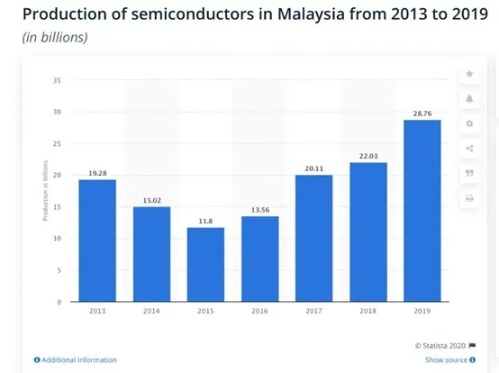 In recent years, Malaysia’s output value in semiconductor manufacturing has increased year by year, and the core of the industry is packaging. Calculated in terms of market share, Southeast Asia accounts for more than 25% of the world packaging market, about 27%, and half of this is contributed by Malaysia.

Due to the epidemic, Malaysia also announced the closure of the country in the first half of 2020. Almost all major international manufacturers such as Infineon, ST, Renesas, and TI have been affected. Infineon has also issued announcements for this. These are almost all MCU supply. big factory.

Malaysia is also an industrial hub in terms of raw materials. According to the previous announcement of Universal Crystal, due to the epidemic in Malaysia, the supply of 6-inch silicon wafers for MCU production will continue to be affected.

So far, the epidemic situation in Malaysia has not improved. As can be seen from the chart below, as of January 21, there are still 41,087 confirmed cases in Malaysia. 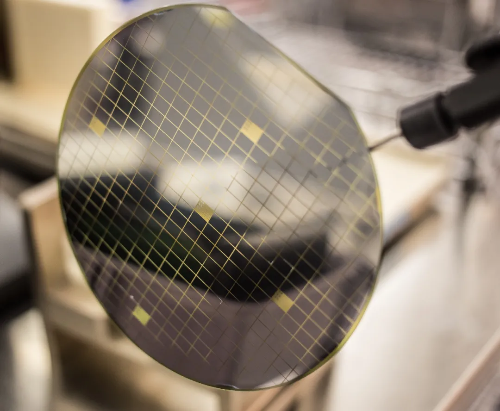 We mentioned earlier that due to the epidemic, the fab in Malaysia was unable to provide 6-inch wafers normally. In fact, the fully loaded 8-inch wafers continued to be out of stock since the beginning of last year. Statistics predict that by 2021, the world will add 220,000 8-inch wafers per month, and the total global production capacity of 8-inch wafers will exceed 6.4 million per month. However, this is still not enough.

In terms of the consumption of 8-inch wafers, power devices, power management ICs, image sensors, fingerprint identification chips and Display driver ICs are also in short supply due to the recovery of the downstream market, so the industry chain cannot particularly favor MCUs. From the perspective of the pace of industrial development, wafer manufacturers such as Shin-Etsu, Shengco, and Universal Crystal have been dueling 12-inch wafers a few years ago, which means that 8-inch wafers will grow, but it is limited.

From this perspective, the more backward 6-inch wafer production and manufacturing is even less optimistic.

In this wave of MCU shortages and price increases, ST’s strike has also attracted much attention. 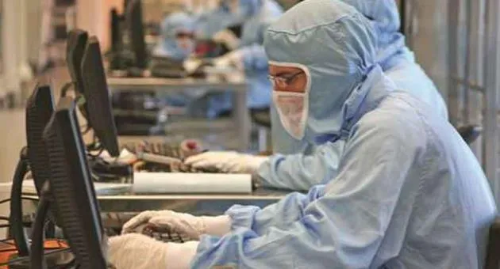 On November 5, 2020, local time, after ST management decided not to give employees a pay rise this year, three major trade unions of French ST, CAD, CFDT and CGT, launched a strike at all French ST factories.

At present, ST’s fabs are located in France, Italy and Singapore, among which there are three major factories in France, located in Crolles, Rousset and Tours. These factories have their own characteristics: the Luce factory is ST’s largest 8-inch fab at present, and it just invested $1.4 billion to upgrade the production line in 2019; the Tour factory is the main force for ST to develop gallium nitride process technology. Factory; the Kroller factory is a 12-inch fab, which mainly produces FD-SOI process products.

ST’s strike event is considered to be the trigger for this round of MCU price hikes and shortages, but before the event happened, the supply of MCUs had already begun to tighten, mainly due to the impact of the epidemic.

MCU supply and demand imbalance, the automotive, industrial and consumer sectors are affected. 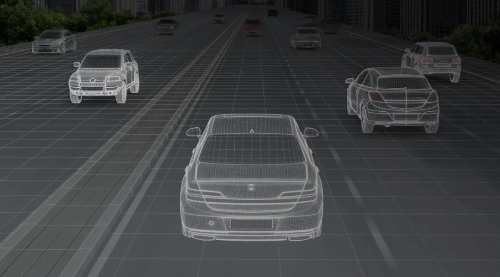 The automotive market rebounded strongly in the third quarter of 2020, with a quarter-on-quarter growth of 57%. At the same time, not only the production of automobiles has skyrocketed, but the demand for MCUs for bicycles has also doubled. Due to the trend of intelligence, the number of MCU chips on bicycles has increased from an average of 70 to 100. According to the forecast of market analysis institutions, the number of MCUs on bicycles will reach 300 in the future.

In addition, smart home, Internet of Things, security monitoring, fingerprint recognition and other fields currently have doubled demand for MCU. Speaking of which, there must be a but, because no one knows whether such strong demand will be a short-term return or a long-term one.

We also mention stockpiling here, which is not a derogatory term.

In fact, whenever there is a market turbulent factor, someone will stock up. After the strong earthquake of March 11 in Japan, downstream manufacturers began to hoard goods, fearing that the chain break effect would hinder the progress of subsequent shipments. Before this, the competition between Taiwanese MCU manufacturers and Japanese manufacturers was not fierce, but the competition began to intensify under the stimulus of pulling goods. And the price of MCU on the market is also rising. Taiwanese manufacturers such as Songhan, Elan, and Holtek have all benefited from this wave of dividends.

Back to the present, in the first half of 2020, there was news that Shenzhen Huaqiangbei was stockpiling MCUs, which were basically ST products. However, in the later period, due to the inaccurate expectations of various analysis agencies in the second quarter, and the supply of ST did not appear to be large under the epidemic. Therefore, this wave of private stockpiling was suppressed. The argument at that time was how to sell the Q2 returned goods and how to consume the upcoming Q3 new warehouse goods.

However, starting from the third quarter of 2020, the market has rebounded strongly, and major terminal manufacturers have begun to “stock up” grains. The market surplus has been emptied in an instant, and those who have goods in the industry chain will inevitably be waiting for the price, which makes this insufficient. The production capacity is even worse.

From the perspective of the industry chain, it is the epidemic that disrupts the rhythm of the MCU industry upgrade. Wafer manufacturing and wafer foundries are now doing “reverse growth”, and technological innovation is what they are more concerned about. Therefore, for existing production lines Production expansion is conservative. The epidemic has made the market development extremely unpredictable. No one will bet on how long this wave of demand will last under the epidemic. Therefore, the shortage of MCUs in a short period of time will be an unsolvable “difficulty”.

While the international MCU manufacturers have expressed that price increases and delivery time are extended, domestic MCUs will usher in opportunities. According to statistics, the domestic MCU market accounted for less than 5% before. Those who are saddened by the shortage of MCU chips produced by international manufacturers and lament that “buying an MCU is more difficult than having a child” actually do not see domestic MCUs in their eyes. In their subconscious, there is always a domestic MCU is an unreliable prejudice, so I don’t want to try it.

Although in this wave of price increases, domestic MCUs have also issued price increase notices, but when the entire industry chain is affected, such behavior is understandable. What we have to say is that for small batch users, the current supply of domestic MCUs is much more reliable than that of international manufacturers, and the service is several grades higher. Instead of waiting until the project fails, Why not give domestic MCU a chance?

Since the shortage of wafers, the price of ST has risen, and most of the MCUs have increased by a dozen times. Therefore, many domestic manufacturers of ST have begun to emerge, with performance not lower than ST, but far lower than ST. The price began to face customers.

Our company’s monthly MCU consumption is actually quite large, but since the ST price increase, we have disconnected ST’s procurement and turned to the arms of domestic MCUs. For me, it has become a tool for code porting. Began to transplant from ST to domestic MCU platform. I have to say, after the transplant is completed, I suddenly feel that the domestic MCU is really fragrant, cheap and beautiful.

It feels that after this wave has passed, ST’s domestic market has almost been divided up by domestic products. After all, many people who did not do single-chip microcomputers have begun to turn here, leaving less and less market for ST.

Swipe up to read

Xiaomi mobile phone sold for 6,000 yuan Executive: The enemy is ourselves