Home » Electronic » Xiaomi OPPO invests in the same company again! This time is the largest MLCC manufacturer in China?
Electronic

Xiaomi OPPO invests in the same company again! This time is the largest MLCC manufacturer in China?

On February 19, according to the information of the company, Guangdong Micro-Rong Electronic Technology Co., Ltd. underwent industrial and commercial changes, and newly added Hubei Xiaomi Changjiang Industrial Fund Partnership (Limited Partnership), with a subscribed capital contribution of 5 million yuan and a shareholding ratio of approximately 3.949%.

Another familiar company, OPPO, appeared in the shareholder information table of Weirong Electronics. On January 19, OPPO affiliates were also optimistic about this company and invested in shares. Its subscribed capital contribution was 11.11 million yuan, and its shareholding ratio was about 8.775%.

Micro Capacitor Electronics is located in Luoding City, Yunfu City, Guangdong Province. The company is based on independent research and development and production technology and high-end chip multilayer ceramic capacitors (MLCC), which are highly capital-intensive and professional and technical personnel are scarce. Its founder Chen Weirong Mr., was the group president of Konka Group from 1994 to 2000. 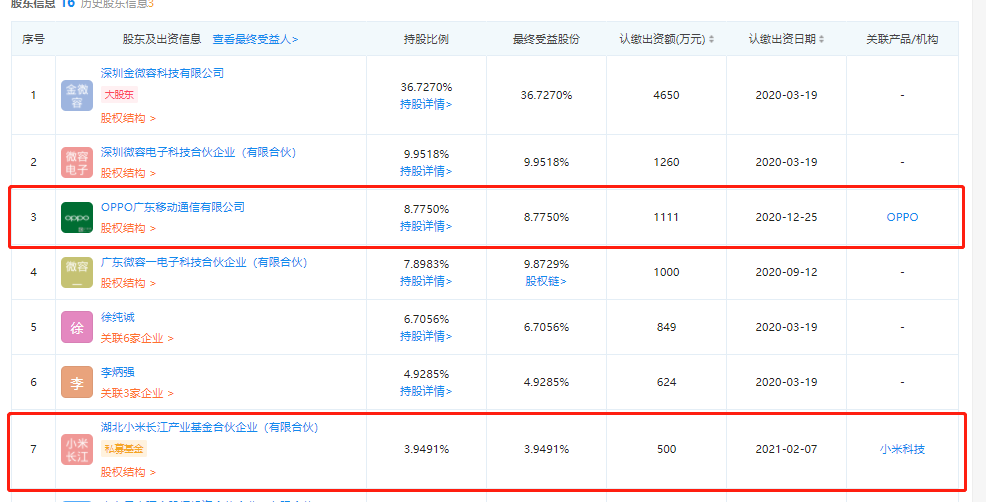 It is worth noting that a few days ago, Jiangsu Changjing Technology Co., Ltd. underwent an industrial and commercial change, adding a number of shareholders such as OPPO Guangdong Mobile Communication Co., Ltd., Hubei Xiaomi Changjiang Industrial Fund Partnership (Limited Partnership). At the same time, the company’s registered capital increased from 317 million yuan to 357 million yuan, an increase of 12.67%.

Changjing Technology was formerly known as the discrete device department of Jiangsu Changdian Technology Co., Ltd. Its self-developed CSP devices, power MOSFETs, LDO/DC-DC and other power management chips, high-power TVS, thyristors and other products have been widely used in 5G base stations and terminal equipment, IoT modules and equipment, electric vehicles, high-performance batteries and other fields can replace imported devices.

How to Build a Programmable Oscillator Using a Digital Potentiometer